* Please note by entering your email address, you are indicating you are happy to receive the Cambridge Edition Newsletters and third party communications.
Art & exhibitions Books

The Way We Eat Now by Bee Wilson

This month, a fascinating look at how and what humans eat in 2019 – and how this is affected by who we are, where we live and even how much we earn

“We never snacked like this, and we never binged like this. We never had so many superfoods, or so many chips. We were never quite so confused about food, and what it actually is…”

The Way We Eat Now is the latest book by award-winning food writer and Cambridge resident Bee Wilson. It’s an extraordinary piece of work, meticulously researched, that explores what modern humans eat, why we eat it, and how we can move towards a less disordered and more rewarding – in terms of nutrients and satisfaction – approach to the food we consume. The book originally began life as an examination of how we eat in different countries and cultures, but swiftly evolved into a study of the cross-continental similarities that Bee encountered while researching her book.

“I kept being struck that the things [people] told me about modern eating were, to a weird extent, the same,” she writes. “People told me they felt they had lived through huge changes in the way they ate, compared to their parents and certainly compared to their grandparents… they spoke of eating in front of screens, of weight-loss diets, of feeling pressed for time to cook the things they wished they could cook.”

Bee explains more when we meet in person. “I thought it was going to be a lighter book. When I wrote the proposal there was this whole long section, of which only about a paragraph made it in, that contained a huge chapter on the rise and fall and rise again of the egg, and how people stopped eating eggs because of cholesterol and salmonella, and then they started eating them again because of Instagram – but it felt less… alarming,” Bee says. 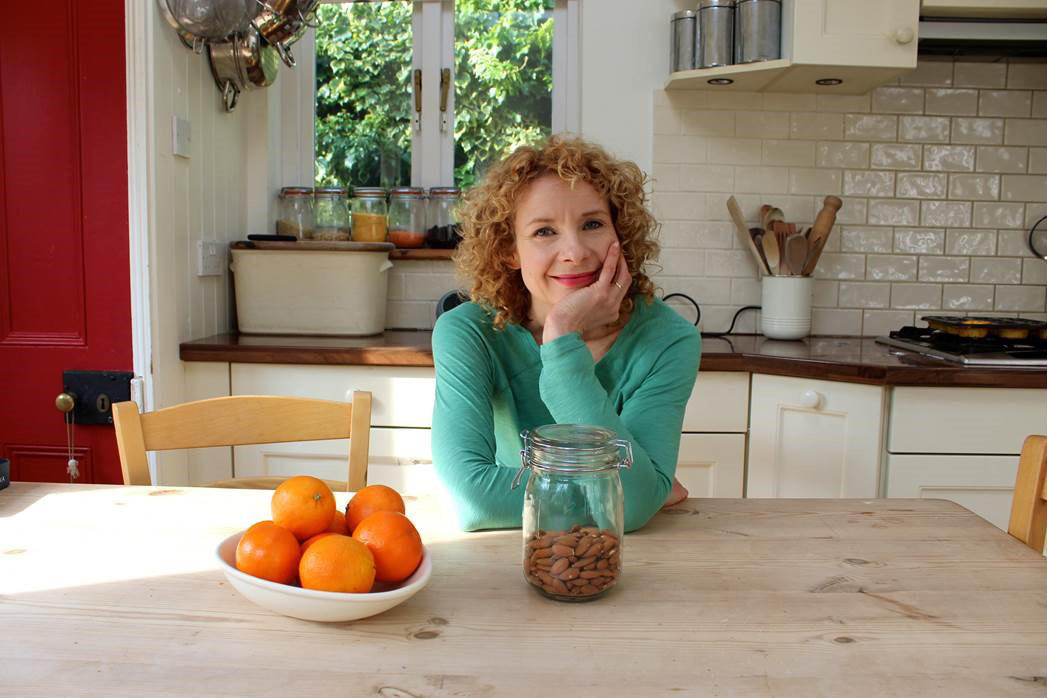 “When I started the book, the phrase I had in my head was ‘kitchen census’ – shopping lists, those things left behind, showing what people really eat behind closed doors. But then I found out about the ‘nutrition transition’ [the shifts in diet described by Bee as what happens when “a country becomes richer and more open to global markets: its population inexorably begins to eat differently, consuming more oil, meat, sugar and snack foods, and fewer wholegrains and pulses”] and this was all news to me – but it’s such a great concept, and explains so much.”

Once Bee (above) had discovered the nutrition transition and the work of Barry Popkin, an American food science researcher who developed the concept, the book’s potential horizons opened up, requiring some judicious redrafting. “During the editing process the bits that we were losing were the lighter bits – there are still lighter bits in there – but it felt like the more I read about things like the rise of diet-related ill health in Brazil or Mexico, even though you don’t want to be heavy on the subject of food, even though you don’t want to be fearmongering, because food is still a pleasure and it’s wonderful and I think people moralise too much  – it is genuinely horrifying how junk food is being pushed on poor families door-to-door in the remotest parts of the Amazonian basin. That’s bad – we can say that’s bad!”

The book continued to evolve as Bee carried out her research. “I had the title from the beginning: we went through phases where both editors thought it should have a different title, but then we came back to that title. Books always evolve with research: if you knew before you did the research what the interesting thing was going to be, then you wouldn’t bother doing the research, would you?

Food is still a pleasure and it’s wonderful. People moralise too much

“I remember when I was writing Consider The Fork, and a section of the book on fire, which ends with the microwave – I was cycling along, and suddenly I just pictured children around a microwave like hunter gatherers around a flame. I really liked that concept, and I thought ‘that’s going to be my final sentence’ – that was a wonderful, rare writing moment that wasn’t a horrible moment of self doubt,” Bee laughs.

“I feel occasionally – as with music – when you know what the final cadence is, you’re OK. And I do think a lot of writing is cadences and rhythms: and that’s almost the hardest thing about non-fiction: a lot of the rhythms of the book were frustrating because in an ideal world I wouldn’t even be using words like ‘obesity’ or ‘type two diabetes’, but you have to have them there, because they’re relevant. But they don’t have very good cadences – or associations. It was a balancing act.”

Prior to becoming a full-time author, Bee spent many years as an academic, and her rigorous approach to constructing an argument and finding the evidence to back it up is plain to see on every page. When Bee wrote her first book, The Hive, the research came before the writing. “I just locked myself in the University Library for about six months – I read every book on honey; ate every jar of honey I could find, and then wrote – and there’s a lot to be said for that – but you’ve got to still stay open to ideas. Especially with food, where trends are changing all the time.” 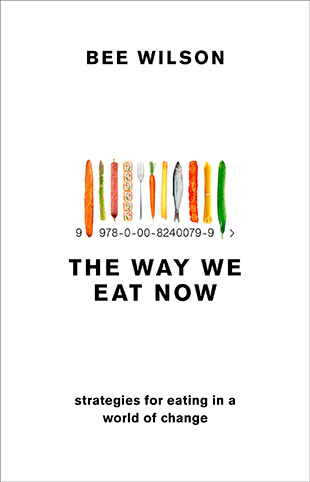 The book’s parade of research is garnished with testimonies by individuals of all backgrounds: from world-leading scientists to 18-year-old Deliveroo riders. These conversations are presented as beautifully-drawn vignettes with a strong sense of place, where Bee is often sharing a meal or cup of coffee with an individual, and help to give a human face to the theory or science being presented.

A good example comes alongside the mention of Huel, Soylent and other meal-replacement shakes. We meet writer and editor Dan Wang, who – in conversation with Bee – raises the totally valid argument of using these drinks not as replacements for food in general, but when desirable food cannot be acquired: as replacements for not eating. Why waste time, money or calories on unrewarding and un-nutritious meals?

“Dan was riled, he told me, that so many critiques of Soylent came from people who had ‘excellent access to food’,” Bee writes, “He resented the implication that everyone should be eating ‘Alice Waters-style organic vegetables at every meal’. It’s a depressing comment on our bewildering food supply that not-food can now be seen as a better option than food, to thoughtful people like Dan Wang.”

Food trends are changing all the time

Bee’s abilities as a generalist are clearly on show throughout the book – looping together concepts, bringing back earlier discussions and making connections between previously disparate disciplines – and she highlights these conversations as having been hugely satisfying work. “There is no specialist who can oversee what food means in the world: there is no single scientist who could do that,” Bee says.

“Even the super-brainy people I interviewed – they don’t know everything: they don’t know what the consumer market researcher or the food trends researchers know – so I felt like the conversations were really important. Having once been an academic, I know that academics are slightly in awe of specialists. When you’re an academic you know you don’t know everything: you know you just know the tiny amount of information in your PhD, and you don’t even know that. I feel like being a generalist, being able to join things and put things together, is a joy.”

The final section includes Bee’s thoughts on how to navigate this “world of choice” (Bee’s previous small publication This Is Not A Diet Book contains more of these calm tips for navigating one’s relationship with food) which leaves the reader hopeful for change, and empowered to make small alterations to their own eating for the better.

The Way We Eat Now is a veritable tasting menu of a read, bringing together carefully considered evidence from across the globe that leaves you dazzled by the author’s breadth of knowledge but grateful at having her guide you through the research. It will make you hungry, but probably not for the same snacks you’d been hankering for beforehand.

“Cambridge food is amazing now, isn’t it? I do a lot of my writing in Hot Numbers and Espresso Library, I love both of them: I think it’s incredible how much good coffee you can get in Cambridge now.”

“I love all of the Mill Road shops – I particularly love Bread on a Bike bread: I just think she’s the most incredible baker.”

“We’ve had a Cambridge Organic Food Company vegetable box delivered for well over ten years: I’m a big, big supporter of
their work.”

Bee is Chair of TastEd, an educational charity which offers a system of fun sensory food lessons based on the Sapere method – where children learn to respond to many different foods with all of their senses, not just taste. The charity’s work has been trialled at primary and secondary schools in Cambridge: if you’d like to know more about this innovative approach to food education, visit the website or find them on Twitter.