Independent of the month: Stir

Lots of people move to a new area and bemoan the lack of a decent coffee shop, but not everyone goes to the lengths of opening their own cafe to resolve the situation. However, this is exactly what Judith and Matt Harrison did when they established Chesterton Road’s Stir back in September 2015. “Before we opened there was really nothing here,” says Judith of the CB4 area where the cafe is situated. “The Mill Road part of Cambridge has that whole community vibe going on, and our side of town just had nothing, no focal point. We thought it would be so nice if there were some sort of community hub where people could get together for coffee and cake, and assumed that if we were thinking it, other people must be, too.”

Despite having no experience of hospitality – Judith worked in HR and her husband worked in marketing – they decided to look for suitable premises. “A site nearby came up, but it was going to be a dentist, then it was going to be a tile shop… the owners weren’t prepared to take a chance on us as we were a new business and they didn’t think we would do very well. But we pushed and pushed and finally they relented. I thought, ‘How hard can it be?’,” Judith laughs. “Now when people say to me, ‘You’re so lucky, opening a cafe has always been my dream’, I just look at them and think: you have no idea!” To begin with, the focus of Stir was on the coffee, with a very simple food offering of toasties and soup. But Judith and Matt gradually realised that the market they were attracting wanted something a bit more than that, and under the advice of restaurant manager Emma, they gradually introduced a brunch menu. “She had lived in Australia and had seen brunch become really huge there,” Judith says. “She thought it could work in Cambridge, too, so we decided to test the waters with a fairly limited menu. From there, it just absolutely rocketed.”

The big favourite on the Stir brunch menu is always the halloumi and ‘shrooms, which is served on Stir sourdough with a poached egg and spinach. The big brunch board and the Stir stacks – either the version with bacon or the veggie and vegan options – are also immensely popular.

The coffee is still a huge part of the Stir ethos, however. “Our coffee is really important to us. We have an amazing supplier, Butterworth & Son, which is a specialist roastery based in Bury St Edmunds, and we make sure that every cup of coffee we serve is the best it can be. We grind all our beans on-site, and customers can also buy the beans as retail packs and we’ll do the grinding. But Stir has evolved now so that brunch is really central to what we do, and of course now that we’ve got the bakery, it’s also about the bread, cakes and pastries.” 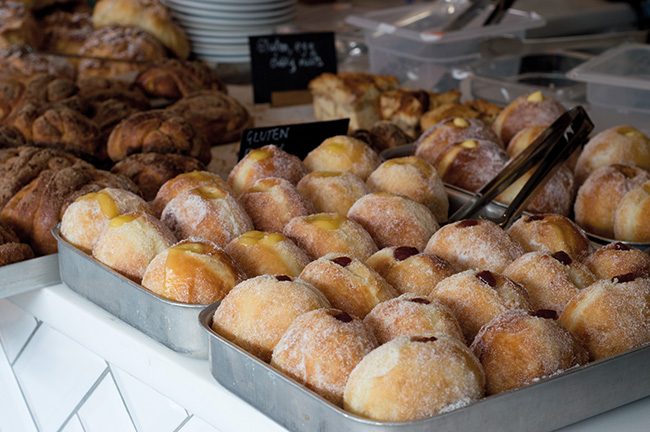 The bakery came about in early 2017, when the shop next to Stir became vacant, and the landlord offered Judith and Matt the opportunity to expand. “We’d been buying things in from other bakeries and cake makers, and found the quality really inconsistent. Setting up our own bakery just seemed to tick all our boxes; we could supply the cafe ourselves and make sure that everything was as good as we wanted it to be, rather than relying on someone else to do it for us. It also fitted in with our philosophy of being a local hub; we felt that delicious homemade bread and cakes would bring something new to our community that would be a real benefit.”

Setting up a bakery has been much, much harder than Judith originally anticipated. “We had absolutely no idea about what equipment we needed, and it’s actually really technical – even more complicated than the kit needed to grind coffee. And even harder was finding really good bakers who can make great bread by hand, from scratch. So many bakeries make things with machines or using ready-made dough, so we got lots of applicants who didn’t know how to do anything else.” 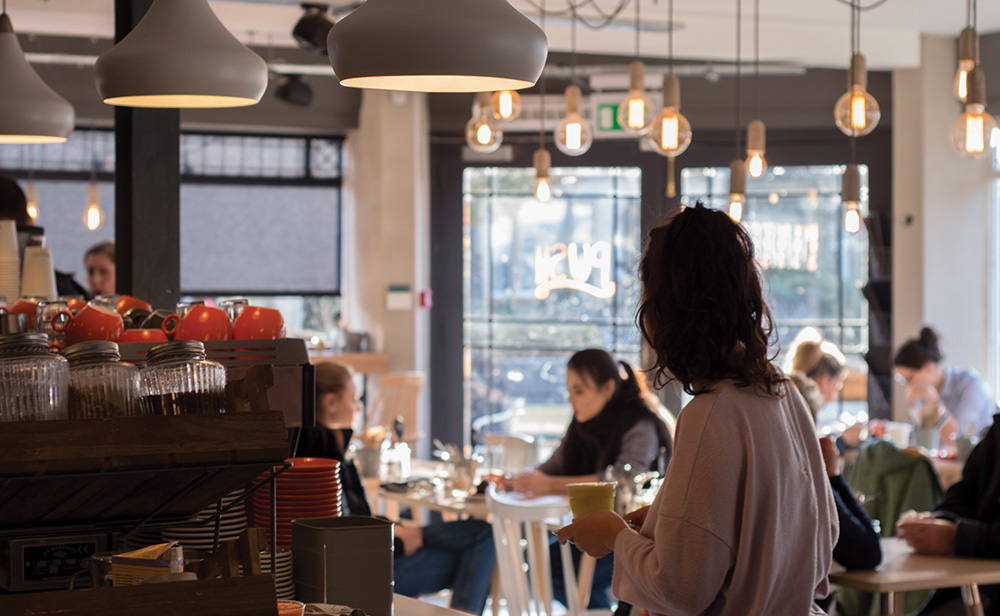 Now, Stir has a brilliant head baker who can make a huge range of different types of bread and pastries. “The range and the quality that we offer now is second to none, and that comes from having someone who has years and years of experience. The sky’s the limit, really.” And it’s not just Judith who thinks so: Stir Bakery has just won a National Bakery Award for the best bakery in Cambridgeshire. “It sounds really cheesy,” says Judith, “but the award for the bakery, and the fact that we’ve won a Food & Drink award for the cafe every year since we started, is down to our amazing team. Yes, the coffee, the brunch, the bread and the pastries are all amazing quality, but there’s something else there, too.”

Judith may not have had experience of running a cafe, but she had plenty of experience of being a customer, which meant she knew exactly what she wanted the cafe to be – and more importantly, what she didn’t want it to be. “You know those coffee shops where the coffee is a bit like a cult, and you feel like a fool because you don’t know what a flat white is? Or what all the different sizes mean? When I opened Stir, I knew it had to be friendly, not intimidating. I wanted it be a place that welcomed people in, and made them want to come back.” 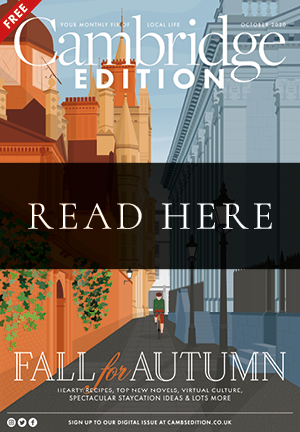 FRESH.'s new studio in Ely is coming along nicely! 🌷 The launch opening weekend is set for 7 and 8 November, and i… https://t.co/a2qLZWaQmT

Reply Retweet Favourite
How long is it since your last visit to @kettlesyard ? 🎨 Now that the beloved house and galleries are open once ag… https://t.co/7tolHJYWfl

Reply Retweet Favourite
In our latest issue, we've got a round up of this month's top reading recommendations - perfect to cosy up with on… https://t.co/z7etJvj6My

FRESH.'s new studio in Ely is coming along nicely! 🌷 The launch opening weekend is set for 7 and 8 November, and i… https://t.co/a2qLZWaQmT

Reply Retweet Favourite
How long is it since your last visit to @kettlesyard ? 🎨 Now that the beloved house and galleries are open once ag… https://t.co/7tolHJYWfl

Reply Retweet Favourite
In our latest issue, we've got a round up of this month's top reading recommendations - perfect to cosy up with on… https://t.co/z7etJvj6My