Pho’s first restaurant was opened in 2005 by owners Juliette and Stephen Wall, after they travelled in Vietnam, fell in love with the food and decided to open their own eatery back in the UK to bring the flavours and tastes they adored to a British audience. Named for a traditional Vietnamese soup consisting of broth, rice noodles, a few herbs and meat, Pho started out in St John Street in London’s Clerkenwell, and has now expanded to at least 27 sites across the UK – including ours in Cambridge, which opened back in 2016 in the heart of the city.

Each branch of Pho makes everything from scratch, with an emphasis on fresh vegetables and flavour-infused, twelve-hour brewed broth as a base for the restaurant’s namesake soup. A cluster of bottles are sat on each table: Pho-made chilli paste, garlic vinegar, sriracha and fish sauce, for adjusting the flavouring of dishes to suit our tastes. The restaurant’s menu is short but incredibly varied, and feels extremely flexible to suit modern dietary requirements – 25{b486c5a37ab2d325d17e17d701cb2567b1ecd1814e8ceb33effa2a4f1f171d46} of Pho’s offer is vegan – but there’s also plenty there to keep meat-lovers happy. 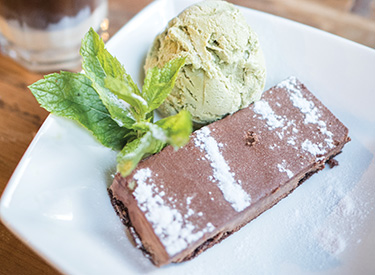 The first courses arrived. Summer rolls! I’ve long fallen out of love with their older, crunchier siblings, the spring roll, due to unpredictable levels of greasiness and mysterious, gloop-laden interiors, but translucent summer rolls are a total delight. A cluster of super-fresh, vibrantly coloured veg-led ingredients are swaddled tightly in sticky rice paper and served alongside a classic peanut dipping sauce (any excuse to eat yet more peanut butter gets a thumbs up from me).

A second starter was quickly added to our order when my dining companion pointed at the menu, looked straight at me and uttered the word “SQUID”: Pho’s mu’c chiên giòn, tiny, crunchy morsels of cephalopodic goodness were served with salt, pepper and fresh lime in a dipping bowl – and our only gripe was that there weren’t more of them. But this was probably a good thing, considering the scale of the feasts making their way to our table.

For our main courses we’d been encouraged to try Pho’s new vegan offerings: cà-ri tofu and mushroom, a rich Vietnamese curry with veggies and mushrooms served with broken rice and tofu; and com tam rang  – aromatic, spicy wok-fried broken rice with shiitake mushrooms and Thai basil. These both turned out to be ideal comfort food: in the cà-ri’s case, a large bowl of fragrant, warming, vegetable-based curry was accompanied by a perfect mound of pure white rice, while the com tam rang’s spicy heap of veg-speckled rice would have cured almost any ailment. Ideal if you’re trying to cut down on meat, or are dining out with vegetarian friends – or just need soothing with a heap of nutritious, vegetable-packed food for the soul. 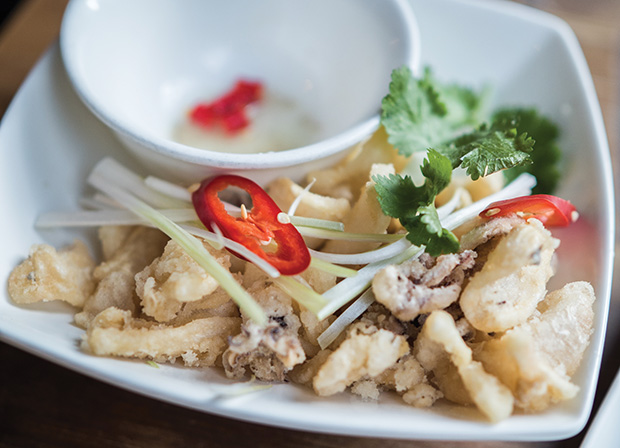 The dishes also looked fantastic, multi-coloured and -textured; we were sat in Pho’s window, which meant our colourful meal had the added effect of attracting the attention of passers-by. I clocked at least two double-takes, and one young Cambridge resident shamelessly stood directly next to my main course and stared at it, mouth agape, before we and his parents all burst out laughing and he was ushered away.

As well as the vegan dishes we also threw in a bowl of Pho’s pho, asking the waiter to help us pick, and ended up going for one of their specials: a bún riêu soup consisting of vermicelli noodles in a rich tomato and crab broth with steak and tofu, topped with fried shallots and accompanied by a heap of herbs, which you add as much or as little of to suit your own tastes.

This soup was extremely delicate and fragrant, and would be perfect for anyone who prefers lighter dining: in a 2014 interview, Stephen Wall said: “Western palates don’t particularly love [a higher fat content]… so pieces of brisket or chicken in our noodle soups won’t have so much fat in it.”

As well as helping us to pick a pho, our waiter gave excellent service throughout, and really added to the enjoyable experience: in fact, all of Pho’s young team were relentlessly cheery and polite, providing swift, prompt service and neatly explaining any dishes we queried. The buzzy atmosphere, pitch-black walls and pumping playlist make a dinner at Pho almost feel like a night out on the town. Except with sitting down, and excellent noodles. l 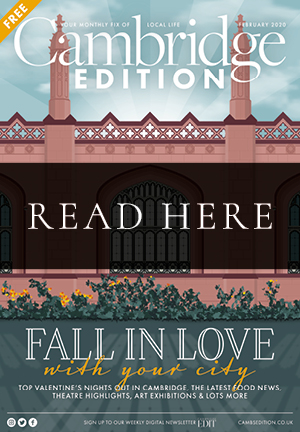